Leaving behind a memory undying 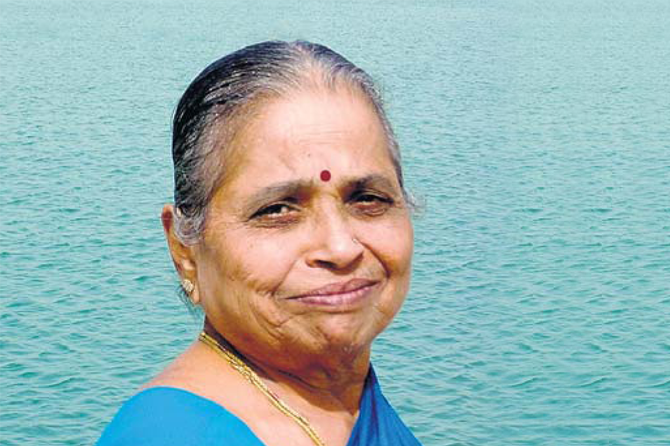 ‘Death is mysterious…’ wrote my father Venkatram to a friend days before his own death over 27 years back. Death is mysterious, can arrive unexpected and continues to baffle mankind. Leaving Dubai on the morning of 23rd May, to attend to my mother who was admitted the previous day to a hospital at Bangalore, this was certainly not on my thoughts. I was tense with severe migraine, but was extremely optimistic about her recovery.

Even though suffering for a long time from severe arthritis she was strong willed, always cheerful with high inner energy levels and lived a courageous and complete life. Being greatly influenced by Trotsky and Dr Lohia, Venkatram relentlessly fought for the formation of a socialistic society. Saroja was the epitome of strength behind the success of Venkatram’s political and trade union career, taking responsibility to bring up their four children allowing Venkatram to focus and work for the cause of the working class and the downtrodden. Her patience and perseverance was exemplary especially the extremely difficult days of Venkatram in the early 1950’s as well as the dark days of emergency during 1975-76 when most political leaders of the nation including Venkatram were imprisoned.

Venkatram himself acknowledges her contribution in an long and touching letter to her from Bangalore Central jail when he says “In our long married life, you took greater share of all the problems and difficulties and giving me a greater share of the happiness. I doubt I would have remained in politics, had I married someone else…..I am unable to give you anything in return for your love, affection and cooperation”

After Venkatram’s sudden death in 1981, Saroja took interest in politics and worked for the proliferation of Venkatram’s philosophy and ideologies. Contesting the 1983 elections for the Bangalore Corporation from Rajajinagar Ramamandira constituency, she won with a huge margin and eventually became Deputy Mayor during 1985-86. In recent years, even though not in active politics, she continued to be seen in various socialist and cultural events and remained a source of inspiration for all the admirers of Venkatram.

In my Bangalore home, her room is empty but every single object is alive with her memories. For my son Varun –an accomplished musician life can never be the same again as he was deeply attached to her. She was with me in Dubai just two months ago. She was weak physically but her mental energy levels were high as usual. Looking at her fragile body in hospital before the surgery, I found it difficult to hide my tears. She held my hand and told all of us around her, to be brave. A mother’s heart is always with her children and unfortunately the converse is not true. For me, her death has caused a void unimaginable as I looked upon her also as a father figure. Whatever I am or hope to be, I owe it to her.

She was the focal point of my life which now looks empty. It’s not soothing to remember the sloka in Bhagavad-Gita which says, for that which is born death is certain and why cry over the inevitable. As George Eliot said, our dead are never dead, until we have forgotten them. In other words, life of the dead remains in the memory of the living.  But still, tears flow routinely because it was she who brought smiles into our life and left behind a memory undying.