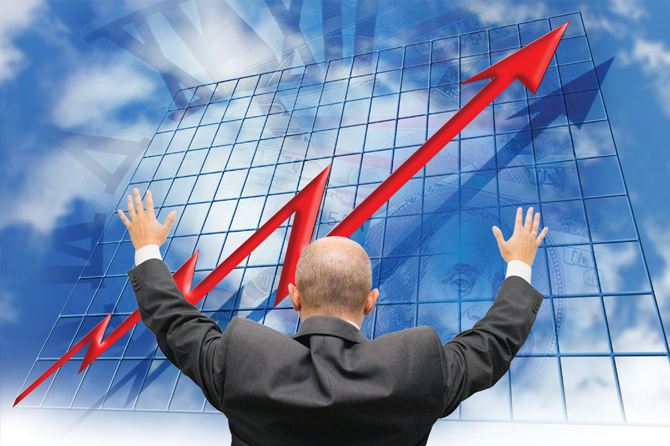 Though it’s true that we are in a global recession, the media hype is so high that there is panic virtually everywhere.

There is a clear lack of understanding of the word, ‘recession’. Economists describe recession as reduction of a country’s GDP for two consecutive quarters. An alternate description is an increase in unemployment of 1.5 per cent in a period of 12 months.

The American economy and several others in the developed world weren’t doing well in terms of GDP growth for a long time and have now receded into a clear recession with a negative growth. India will have reduced GDP growth of around 6.5 per cent during 2009, according to Government’s estimate, while some international forecasts are around 5 per cent. China may end up with 6 per cent. The story in other emerging economies such as Brazil and Russia isn’t different. In summary, one can conclude that the developed world will have a negative growth and the emerging economies will have lower positive growth in the range of 5-6 per cent. However, the overall growth in World Economy is estimated to be a meager 0.3 per cent for 2009.

The most important thing for all of us to understand is that recession does not mean zero demand nor does it mean the collapse of the economies. However, it does mean drop in demand across industries and services and other effects such as reduced liquidity and an increase in unemployment. The Governments as well as the businesses have an active role to play in dealing with the recession, such as the present one. Governments deal with it by a combination of strategies which include, deficit financing, interest and tax cuts, financial package and relief measures to sick but critical sectors or companies etc.  For a corporate company, any strategy to beat recession must be compulsorily aligned to meet newer challenges of changed customer requirements and thus companies need to revamp their marketing efforts.

Despite this somewhat bleak and gloomy scenario, many companies can actually perform better and grow even in a recession. Companies, ‘need to do better’ at what we generally do in a recession as compared to a normal time. This means we work more proactively and efficiently, critically examining every micro issue and deciding the best course of action. Let us now specifically look at a set of common strategies for a corporate to beat recession, which need to be adapted to each situation accordingly.

Implement suitable training programmes to harness skills to deal with the changed situation. Look at some of these ideas and action them, if appropriate.

Look seriously at attitudes of people. As there is a temporary shift to an employers market, use it to your advantage and cleanse the organization. Don’t behave like a mercenary; use the time to build good will too. Deal with terminations with a human face and after giving adequate opportunities and forewarnings. Provide adequate training to employees in functional areas to excel better.

Look at means to reduce raw material and outsourced costs. A good approach is to think, as if we are starting a new company from scratch and look at methods to buy efficiently.

Cash flow management is very critical in a recessionary situation as clients may take longer to pay and general liquidity reduces. Postpone if possible major expenses with heavy cash flow implications such as capital expenditure and look at methods to entice customers to pay early if not in advance.

It is necessary to communicate both the challenges being faced by the company as well as action plans devised to all  stake holders-shareholders and employees. Also as appropriate and relevant to customers and suppliers.

Recession is temporary; prepare for the boom which follows. Be the first to take advantage when the boom returns. Don’t change long term plans, but review them in the current and changed circumstances and modify them, if required. Rebuild your think-tank in the organisation, if required.

As a long term strategy, this is indeed a good time to look at investment opportunities in terms of acquisitions and mergers. There are companies closing down as well as those which run inefficiently and available for a good price. However, funding new investments can be a challenge.

Though organisational pressure does bring out the best in us, it works only up to a point and there after it is counter productive. Look at means to reduce panic and stress levels, which can create fear psychosis. There should be more of focus and less of fear, to improve organisational productivity.

As leaders, we have to provide the right direction to the organisation and empower our people to meet the challenges in a difficult situation, such as the present one.

Strategies are important, but in the final analysis, they are just tools. Renowned Management Guru, late Peter Drucker, once said, “so much of what we call management consists in making it difficult for people to work”.  He also said, “The productivity of work is not the responsibility of the worker but of the manager”.

I believe, when we understand people, leading them becomes easier. And, it’s important for people to understand, how the management is dealing with a challenge. That’s where the importance of communication is. Especially when the going is tough, while we cleanse the organisation and eliminate employees with incorrigible attitudes, it’s necessary to keep the rest of the team highly focused and motivated.

This recession teaches us a lot of lessons. To a great extent, the current recession is due to a failed corporate leadership with insatiable greed as much as the failure of the systems. Recession or a boom, are both cyclical and are an integral part of an economy.

A proactive leadership builds this into its business model and treads on a path focusing on efficiency, all the time.

The importance of communication and people management can never be undermined in any given situation and is critical to the success of the spirit of a business enterprise.