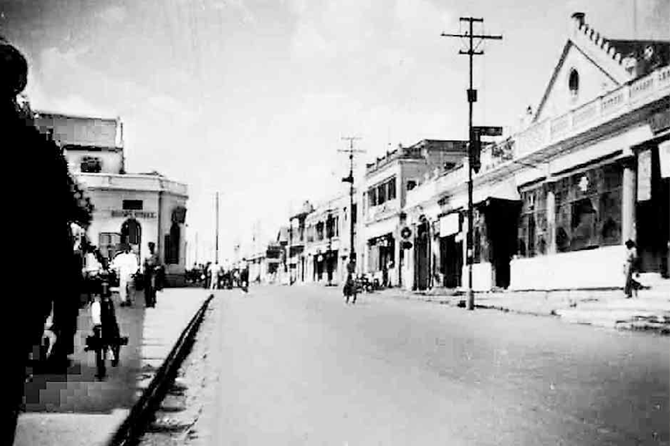 Up until a few years back, Bangalore used to be in the news for all the right reasons that made us proud. Like when Bangalore was rated as one amongst the top ten high-tech cities in the world or when it was almost mandatory for top foreign business magnates and dignitaries to stop over in Bangalore.

All that is now gone, as part of history, owing to the inefficient and lethargic government that simply failed to deliver. So, Bangalore is in the news again, for its fast crumbling infrastructure.

Let us look at Dubai, where I currently live. Today’s top business and tourist destination of the world and home to a population of 1.5 million from over 140 countries. People from different nationalities, religious practices, languages and cultural background living in perfect harmony. From the moment you land in Dubai, you cannot fail to notice a high level of energy and a healthy and a competitive environment around. Cars zooming ahead with over 100 km right in front of the airport, as if there is no tomorrow and the number of ongoing construction projects. The traffic is heavy like in any modern city, but disciplined and always moving. The combination of multiple lane roads, flyovers, interchanges and tunnels to facilitate traffic is amazing. In three years that I have been here, the change is distinctly visible. Four major interchanges, more than a dozen flyovers, two tunnels and a few underpasses were all started, executed and opened for traffic during this time. No wonder, from the twin city of Sharjah’s City Centre to my home in Central Dubai, during normal hours, takes only 20 minutes to cover as many kilometres.

By contrast from the Bangalore (International?) Airport to my home in South Bangalore, it takes more than 90 minutes to cover the same distance of 20 km. I am told our Indiranagar flyover on which the work started when I was in Bangalore three years back is still stuck and incomplete. By contrast, a flyover here in Dubai was built in a record three months! I understand the residents of BTM Layout are on the streets fighting against heavy traffic which is being diverted as the flyover nearby cannot take the load! Then there is Richmond Road flyover on which one could see manual traffic control, handling and diverting traffic in the funniest manner, defeating the very purpose of the flyover. We will probably never see such a situation anywhere in the world. And a few heavy monsoon showers are all that is required to throw life out of gear. All this in the most high-tech city of the country and in a state that gave birth to such visionaries a Sir M Vishweshwarayya!

How does this happen? The answer is simple but too difficult to digest for our politicians. Today’s governments have to be extremely proactive, which means they should do anything and everything to make our cities comfortable to do business and to live in. In three years I haven’t seen power failure or water shortage at Dubai. Despite being in the desert, Dubai has one of the highest rates of per capita consumption of water in the world. And the Government of Dubai excels itself and is a shining example of how governments can be run efficiently. Over 35 per cent of India’s software exports are from Bangalore. The state’s economy is heavily dependent on Bangalore. The infrastructure of Bangalore is not crumbling; it has already crumbled. Yet the government was busy in a daily spat with the businesses until now.

Bangalore bypass roads for new projects and visiting dignitaries are already on! The gulf between the two cities is not caused by the Arabian Sea, but by proactive and rather inactive governments! It’s almost the final wake-up call for the Bangalore Mahanagara Palike and the new state government to get their act together. Otherwise a bigger disaster is just waiting to happen.