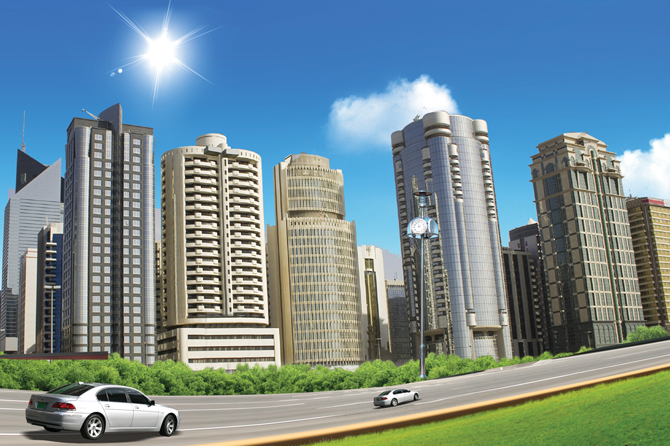 Just months ago, the success of Dubai as a brand and UAE as a prosperous and growing nation at frenetic speed was being trumpeted across the world.

American Writer Mark Twain, once said: “There’s always something about success that displeases even your best friends” — appropriate to describe the ‘friends’ in western media turning foes, writing exaggerated, unsubstantiated reports about the crumbling UAE economy.

For example, ‘New York Times’ report on February 12 said, “due to job losses thousands have left the country and parts of Dubai — once hailed as the economic superpower of West Asia — looking like a ghost town.” ‘Guardian’ went further and predicted in its report on March 20, “towers of Dubai will become casualties not of human greed but of architectural folly. Their lifts and services, expensive to maintain, will collapse. Their colossal facades will shed glass. Sand will drift round their trunkless legs. Animals will inhabit their basements.”

Having stayed here for six years, I am closely observing the arduous path taken by the country’s passionate leadership to achieve economic growth. Nothing can be further from truth and these reports are an outcome of a fiction narrated with great animosity and venom.

Let’s examine some facts: The current recession has its origin in the western world, due to corporate greed, mismanagement and system failure and affected the whole world.

The IMF in its World Economic Outlook report of April 2009 says: “The US is at the epicentre of the crisis and is in the midst of a severe recession that has resulted from a squeeze on credit, sharp falls in housing and equity prices and high uncertainty.” This report reveals that during 2008, the real GDP growth in the US and UK was just 1.1 per cent and 0.7 per cent respectively and for the same period, the figures were 7.3 per cent and 7.4 per cent for India and UAE respectively.

Secondly, the property markets across the world had been vibrant in recent years, due to high liquidity and easy availability of loans. Further, UAE considered as a safe country, huge outside investments came in sending property prices over the roof. The booming economy had given rise to massive increase in employment and the shortage of dwelling units in all segments also led to an unprecedented rise in demand, completely out of sync with the supply.

Today, like everywhere, property market in UAE is depressed. Few projects which had not taken off or were in the initial stages of development are stopped. This is a strategic reaction of an alert industry in a changing economy. True, property prices and rentals have reduced, but they haven’t crashed.

Exaggeration – Thirdly, ‘New York Times’ mentions, of 3,000 cars abandoned in Dubai airport by fleeing expatriates unable to pay off debts. The actual number of cars abandoned in the airport was 68 during 2008 and 3,000 cars were indeed abandoned, the car park would be more than full!

Fourthly, it is alleged that companies are closing down, sacking thousands of people. Contradicting this, for the period October 2008-April 2009, the employment visas cancelled is 4,05,000 whereas 6,22,000 new employment visas were issued — a 53 per cent increase. It’s true that many companies have restructured or closed, resulting in job losses. This is the unfortunate human aspect of the current recession and UAE is no exception. For example, in the US, which is the epicentre of the recession, monthly job losses are around 5,00,000. However, in UAE normal activities are seen in super markets, cinemas and malls, corroborating the increase in visas issued in the country.

Lastly, most infrastructural projects are under execution as per earlier plans. Dubai Metro announced in 2005 around the same time as the Bangalore Metro, is as per schedule beginning on September 9. Trial runs are on, even as Bangalore is busy digging. Several road projects, flyovers and underpasses were completed and thrown open to public in the last few months including the regions first double deck road. This is one reason traffic congestion in many areas of Dubai has reduced, interpreted wrongly by ‘New York Times’.

Similarly, there are other noticeable changes. Emirates is adding destinations and increasing frequencies. A new airport started functioning exclusively for Emirates. Fly Dubai — a new budget airline was launched recently and Kingfisher is beginning a new connection to Dubai from Bangalore.

Additionally, there are few other positives such as the rising oil prices from $40 to $70, the rising stock markets and strengthening of Dirham as compared to rupee in the last one year.

UAE is capable of weathering the strom and is on road to recovery. We need unbiased and analytical reporting, and conclusions based on hard facts; not perceptions. Blind assumptions and wild rhetoric have no place in responsible reporting. The western hegemony is giving rise to a regrouping of countries, in a tectonic shift. We need understanding and cooperation for a new world order to emerge and realise that colonial mindset and dominance is now history.