The rise and spectacular fall of brand Dubai 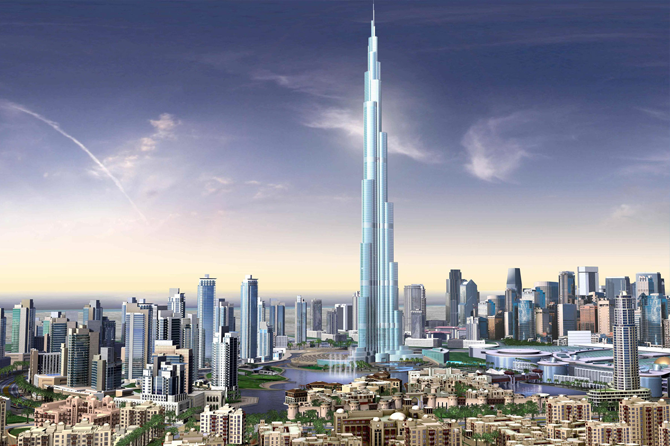 The brand Dubai subjected to enormous adverse publicity has fallen off its high profile image, rather rapidly leaving its citizens and admirers at dismay, for Dubai was run more as a professional business unit by its visionary rulers…

The latest mayhem involved the discharging of $59 billion debts by Dubai World triggered by the company’s request to delay the interest payments. Keeping everyone on tenterhooks, big brother Abu Dhabi came to the rescue of Dubai in the last minute albeit to safeguard the image and credibility of the country.

Visiting Dubai recently, I was curious to get the reaction from a cross section of the emirate.

“How do you view the changes that have befallen the emirate in the last few months?” I asked a prominent local businessperson. “Property industry contributes around 25 per cent to the overall economy of the country and prices have crashed by 30-50 per cent due to surplus capacity. With Dubai serving as a benchmark, property prices have crashed in Sharjah and Ajman as well,” he said.

Indeed price of an apartment in Burj Khalifa, Dubai-the tallest building in the world, with excellent amenities such as an Armani Hotel, high-end restaurants and discotheques at Rs 38,000 per sq ft is even lower than for prime areas in Mumbai and New Delhi, with no matching amenities. Prices in the iconic Palm Dubai are also below the equivalent property prices in Mumbai and New Delhi. Property consultants Landmark Advisory anticipate a further fall of 20 per cent in the next 18 months.

My next meeting was with an Indian businessman. He said, “The next six months are crucial for the economy. There is still plenty of business but no one is sure if the payments will come through”. Despite this, he just set up a new business.

Therefore, the credibility of local businesses have hit an all time low, as several businesses have gone bust — leaving suppliers and customers to huge losses. Despite concerns of viability of businesses and job insecurity, expatriates said a different story of improvements in quality of personal life. No more traffic jams in Dubai, with distinctly reduced traffic density.

“What are the reasons?” I asked an expatriate from Syria, who works in Dubai Media City. “With the crash of rentals, many are shifting residences closer to work places in Dubai, thereby reducing traffic congestion. I shifted from Sharjah to the up market Dubai Marina, saving nearly four hours of driving everyday. Secondly, Dubai Metro is a big hit drawing locals, expatriates and tourists”, he explained.

Similar was the experience of another young entrepreneur from India, who also shifted from Sharjah. There are more people planning to move back to Dubai, as rentals have now become very affordable. And, there are others not shifting — preferring to save rental money for a rainy day.

Dubai has a thriving expat population, who enjoy the benefits of a tax-free economy and modern lifestyle. Another facet of high-life Dubai is, many residents are in severe debt trap towards car loans, personal loans and housing loans. Being unable to clear the loans, they cannot leave the country. Sadly, several jobless families are living in Dubai, depleting their savings waiting for the closure of this academic year.

Further, exodus of expatriates is likely to countries of origin — including India — and migration to Australia, New Zealand USA and Canada. The improvements in quality of personal life seems more a temporary fringe benefit, which may prove insignificant in the final analysis, if the economy fails to pick up leading to further job losses.

Another sad part of Dubai fiasco is that most of the labour force who built the luxury properties are jobless and have returned to their countries.

However, travelling through the Metro, I discovered that Dubai continues a shopping delight for a tourist. Prices of electronics, appliances and consumer products have come down and it is virtually offers galore. Hotels and airlines have dropped fares to promote Dubai shopping festival. The new airport terminal-3 is an example of extravagance of luxury and comfort.

The bubble of Dubai is not yet burst. As the naming of Burj Khalifa suggested, big brother Abu Dhabi will play a pivotal role in the future of Dubai. The slow and steady business model of Abu Dhabi as compared to the flamboyance of Dubai is already paying rich dividends.

The question still lingers on: What actually went wrong in the business model of Dubai? The future of UAE depends on quickly resurrecting the image of Dubai with concrete actions to instill confidence with new policies to draw investments back.

The ambiguity in laws related to residence visas to property investors have to be cleared. The bankruptcy laws have to be reformed and the stability of the banking sector and public deposits guaranteed along with a tight monetary policy. The huge debt that Dubai carries estimated to be around $100 billion has to be honoured when they become due.

Recently, after decades, Dubai, which has no oil wealth, discovered a new oil field presenting a silver lining in its sordid story. Dubai has visionary rulers and talented professionals to bring back its lost glory, as a shining example of liberal city-state in West Asia. UAE has over 2.5 million Indians and their survival and prosperity is closely interlinked to the country successfully overcoming current obstacles.