The power of women in marketing 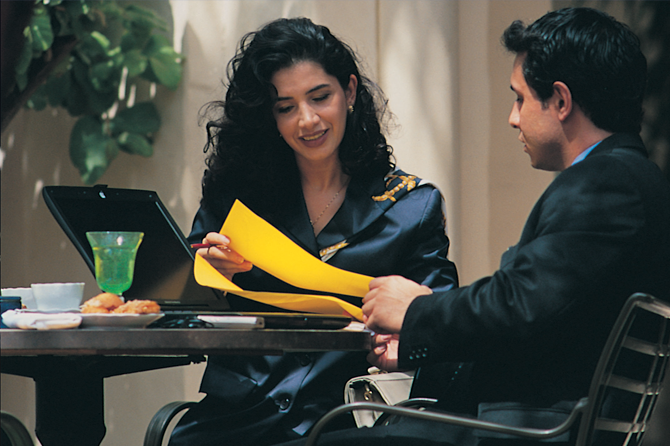 Let’s look at the following examples from a highly competitive service industry: Mother of a young child takes up a frontline sales job and performs at an average of 135 per cent of her targets while beautifully balancing her work and home responsibilities.

A divorcee woman with high personal stress levels still manages to perform around 110 per cent of her targets. Another young woman travels all the way to Middle East from Karnataka to work and finance her son’s medical expenses and also sponsor her husband. She manages to perform above average in the office despite breaking down often due to high personal stress levels.

A woman continues to work even in advanced pregnancy managing her delicate situation while continuing to perform above 100 per cent. A young woman barely in her twenties starts performing even before the company could finish a full training session. The above situations are not fictitious nor are these stories narrated to me by professionals from other industries. These are live examples from companies where I have worked; and incidentally I was responsible for recruiting each one of them.

In my long career spanning about 27 years out of which 15 have been in service industries, one thing has repeatedly impressed me – that’s the power of women and their relatively higher success as compared to men, especially in front line marketing and sales functions.

We have a bouquet of well known brands delivering a strong ROI, but we operate in a highly competitive publishing industry. The personality and communication skills of a sales person are of paramount importance in building an instant rapport with a buyer and creating the right environment for an effective sales process. We have always had a healthy mix of men and women working together in sales teams with similar job profiles, responsibilities and KRA’s.

Given the same resources and all other factors remaining more or less the same, the performance trends indicate the following:

In a highly professional organizational environment, such performance trends while benefiting the organization can be very disturbing to the well established stalwarts within. Competition is an essential ingredient for the continued success of consumerism in a world which is becoming smaller.

And the effect of this has trickled down deep inside organizations where a sales person is as good as he or she is today and cannot rest comfortably on the basis of past laurels. The above trends also shatter the myths associated with several training aspects all of which seek to establish a direct correlation between performance on the one side and experience and training on the other.

To understand why women perform better in sales careers, it’s necessary to probe deep inside the psyche of men and women. For time immemorial, we all believed that men and women have similar skills, aptitudes and hence justified equal opportunities to perform to their potentials. However, recent studies and research indicate that men and women are actually different and their evolution over millions of years is related to the typical functions which they have been performing such as hunting for men and nurturing for women. Some of the startling facts of the studies are:

By nature of their gifted and inborn talent and skills, women find it relatively easier in approach, fact finding and overcoming objections. In respect of other three steps, training can play a big role in improving the skill sets and hence the logical reasons for higher success of women in sales and marketing careers.

It’s no wonder that in careers, where communication skill is critical, we find significantly a larger proportion of women. Examples include service industries such as teaching, banking, retailing, front offices, secretarial, telesales, call centers and BPO sectors and airlines (excluding cockpit crew). In sales and marketing, however, the proportion is far lower, but growing rapidly.

Considering that women are better communicators, what lessons do we as employers draw?