The art of managing your sales team 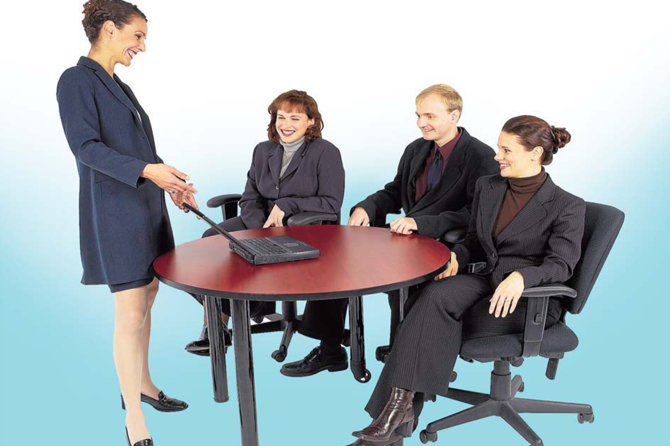 Years back, I suddenly heard a huge commotion in the other end of our office. It was around noon and any commotion at this time was unusual, as we had a large sales team, which would be out by ten in the morning.

Rushing out, I heard two familiar voices getting louder. Entering the conference room, I saw two senior sales people accusing and abusing each other with venom, virtually coming to blows. I managed to separate the two and probed, into the reason that had provoked the fight.

The issue involved a client who had just decided to do business with us, following a meeting with me. Both the sales people claimed the ‘business’ to be part of their respective territories.

On verification, I discovered that the problem arose because we had failed to assign a small street where client was located between the teams. Even though the issue was resolved, the simmering discontent and hatred continued.

Recently, a high performing manager had an ego clash with a star sales executive of another team and the issue took an ugly turn, virtually bringing the entire sales process to a grinding halt.

As I was heading the organisation, I had to make an unfortunate choice of which of the two had to remain with the company.

Between the two incidents, over a span of twenty years, I have witnessed it all— emotions and logic, verbal and physical fights, love and hate, likes and dislikes, and personal and professional issues driving marketing pursuits across organisations. The situation is akin to a rat race, as if there is no tomorrow.

They are emotional and sensitive, yet logical when dealing with serious issues like targets, incentives, compensation package, appraisals etc.

A sales manager’s day is therefore tough, trying to meet stiff sales targets and handling emotionally challenging tasks such as dealing with employee indiscipline, ensuring sales performance on a day to day basis, despite absenteeism and vacancies, communicating tough decisions from the management to sales staff and key customers and alerting the management about unfavourable changes in market dynamics.

To meet such challenges, one must master a gamut of skills and tactics as mentioned below:

In business, ‘task orientation’ is the most important skill. However, task orientation should win human hearts through people orientation as well. An important aspect is to manage pressure from the top at your level and not pass everything down the line.

As seen in the above example, aligning a sales person’s profile to that of his territory with clear boundaries and customer database is essential.

Engage any sales person in an open conversation and find how critical they are about their management. This is a result of two factors: One, managements turning a blind eye to factors of market dynamics; second, inadequate communication.

When it’s not viable to influence and change policies in line with market dynamics, the least you must do is to communicate the logic down the line. In addition, there must be clarity on policies that are not flexible.

Get what you want

The chief driving force behind performance is sales targets and an attractive incentive structure. Finalising yearly and monthly sales targets is an outcome of a detailed analysis of various factors and such a process is inflexible. Managers must convincingly explain the viability of the targets fixed by them or have the skill of getting the required targets in a bottom up approach. In other words, acceptance of sales targets and understanding that the rewards are worth the extra effort by the sales team is important.

Give them what they want in time

As part of the management, provide resources to sales people such as marketing inputs, sales aids etc in time, depriving sales people excuses for non-performance.

The most common grievance of sales people in any organisation is the delay in disbursing incentives, which seriously curtails the their ability to manage their daily life.

Sales people, often highlight the delay in decision making related to routine market issues. Organisational inertia can become a stumbling block, and a conscious effort is required to hasten all internal processes.

The usual market issues such as discounts, payment terms, quality issues and promotions are generally predefined and can be handled through effective delegation.

Resolve conflicts by being unbiased and fair

Conflicts arise due to a variety of reasons such as poaching each other’s clients, criss-crossing sales territories, under-quoting, misrepresenting facts, false sales etc, to beat each other.

This happens especially in a highly competitive environment. Team leaders support and sometimes even instigate juniors, resulting in ego clashes which can distract the sales teams from the main focus of generating business.

Perceptions are as critical as facts

The difference between a mountain and a molehill is the ‘perspective’. We are only as wise as others perceive. Despite this, managers don’t realise the importance of employee perceptions. Therefore, it is important to communicate facts effectively and avoid vulnerability of employees to hearsay and negative gossip.

Managers must realise the positive effect of appreciation and recognition as a sales person is a bundle of emotions. They should realise the huge benefits that accrue from even small but innovative ideas. Four years back, in Dubai, we began a sales contest for best performer in the office giving free tickets to India with paid holidays etc. However what actually clicked for us is a small personalised letter, which we wrote to the parents of sales persons, informing them of their child’s achievement and how proud we were to have him in our team. We also received great response to the copies of these letters. This small initiative elevated the social status of employees with associated benefits of strong organisational loyalty.
Sometimes, it’s important to recognise the ‘effort’ even if there is no ‘result’, as the negative impact of an unsuccessful chase of a deal, can be disastrous to a sales person’s ego.

Good Interpersonal relations are crucial in a sales oriented organisation. As a manager, show genuine concern in the personal well being and development of your junior. He must feel confident to confide even personal problems. Such a relation can help in strong bonding and loyalty.

A typical sales manager always lives on the edge, faced with uncertainties sandwiched between a demanding management and an unpredictable sales team. In the process, they become a victim of circumstances. Sales managers also don’t get credit when it’s due, as often the credit goes down the line. ‘Sales’ is the engine that keeps organisations running, while inter and intra team competition is the fuel, which runs this engine.

Managing sales people therefore plays a very crucial role to provide a conducive work environment.  And an inspiring leadership is needed to ignite the dormant spark in every sales person and facilitate optimum performance of the organisation.