Importance of Humour at Work 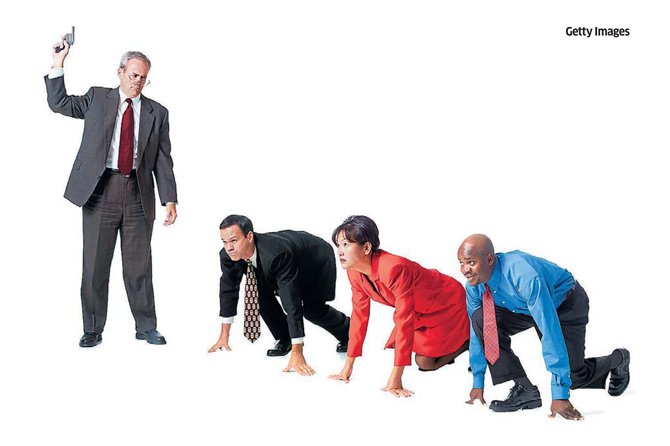 ‘God likes jokes’, how about your boss? – The concept of humour in management is one of the least researched and written about aspect

These are difficult times for businesses. It is even more difficult for people who run the business and for the employees. There are widespread job losses which have actually taken place and then there are fears of further job losses with the volume of business declining in this massive recession. The prevailing tension and fear does not necessarily bring out the best of productivity.

Many organisations have been using group ‘laughing exercises’in
the morning of a typical working day to achieve positive benefits of promoting health, creating a strong sense of belonging and community,in this so- called rat race. But, as the saying goes, at the end of the rat race, ‘one is still a rat’.

Who doesn’t like jokes? Even ‘god likes jokes’as said by Greek philosopher Plato. Yet, the concept of humour in people management is one of those least researched and written about. Humour is rather misunderstood or misinterpreted to mean only common office jokes. There is a lot of scientific reasoning behind humour to understand and implement at the workplace. Humour is an important emotion, and considered an intangible benefit with a very positive mental effect. If someone is making a ‘mistake’, which even we could make, generally triggers humour. The more common the mistake, greater is the effect of ‘voluntary laughter’. The laughter has to be voluntary and not encouraged.

A joke or a comedy generally reduces what is called in psychology ‘rank’or ‘status’of the person committing the mistake. Imagine the most common mistake all of us would have witnessed at some point of time or the other of someone slipping on a banana peel and falling off. This has a positive effect of making us more conscious to avoid such a mistake.

The humour is triggered generally when the mistake happens for the first time and the impact gradually reduces, with repetitive mistakes. The opposite effect of humour is humiliation. Humor is triggered when we hear a joke, gossip, witness a comedy, see a prank, watch a comedy on television, read spicy news in a tabloid etc. Peter Ustinov, the British actor, writer and director said very appropriately, “Comedy is simply a funny way of being serious”.

Humour can be used to great effect in management of people and customers. The following are some specific situations.

Therefore, humour has physical, psychological and social benefits. Humour is also credited with ‘problem solving’ or cognitive benefits as well, as demonstrated in situations such as handling a difficult customer or a situation.

While there are these important and crucial benefits, in using humour at work place, we should be also conscious about the dangers of ineffective use of humour. There is a saying, “always laugh heartily at the jokes your boss tells, it maybe a loyalty test and it’s worth remembering this to evaluate, the effectiveness of the joke, you narrate.”

While discussing humour, we must not forget that all of us are in a work environment, with a role to play and enable the organisation achieve its business purpose. Humour used ineffectively, inappropriately and illtimed, can be counterproductive to the spirit of business enterprise.

There are clear benefits of humour at work place and its effective use leads to more focus and less fear particularly in today’s recessionary conditions, leading to higher productivity. As managers and leaders, we need to understand the benefits, be conscious of its dangers and use it appropriately in a work place. Therefore, while being conscious of the benefits and dangers, we should use humour to great effect and leverage the benefits to complement our other strategies in line with the purpose of our business.