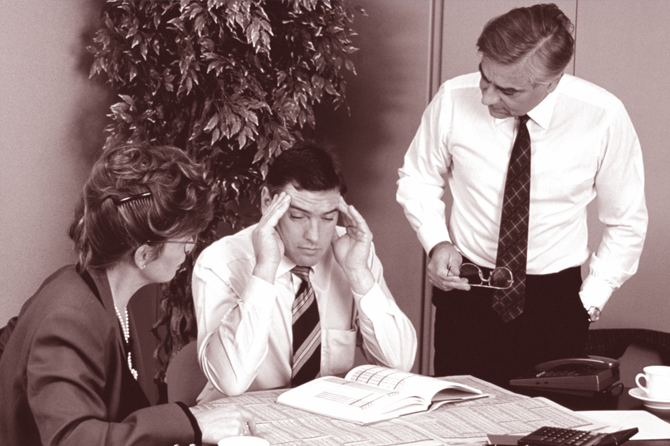 Bangalore, the achievements of which we are proud, has several dubious distinctions as well, the recent one being as the ‘suicide capital of India’. About a million lives are lost across the world every year due to suicides and a 10 per cent of this (100,000) occurs in India. As per different sources, the rate of suicides in Bangalore varies from 17 to 35, per 100,000 where as it is much lower at 12, 11 and 10 in Mumbai, Chennai and Delhi respectively. Why is the IT capital having such high rates of suicides?

The current recession spread across all continents may be showing some false signs of receding. But just as a massive Tsunami leaves behind destruction of men and material, the recession has already hurt millions across the world and news of its trailing destruction continues to trickle.

Unfortunately, the crisis that triggered first in the US due to mismanagement as well as a failure of the systems isn’t over yet, at least for Bangalore. As President Obama has chosen to prefer ‘Buffalo to Bangalore’, there are more after shocks on the way.

There have been massive job cuts across industries as varied as automobiles, BPO, FMCG, garments, leather, IT and steel. Companies have closed shop and many have stopped production. All this has lead to loss of jobs, shattering millions of dreams. The economic reasons behind these actions are understandable, but has there been a conscious and responsible behaviour and action from a human perspective by the concerned organisations, Government and society, as a whole? The answer perhaps is no. I live in Dubai, equally affected just like any other city. Overnight, people are compelled to pack up and return home with family and children. But, even more upsetting it is to hear the heartbreaking stories as above from Bangalore of individual and family suicides.

According to expert psychiatrists and sociologists in Bangalore, the most important reasons for such high levels of suicides are job losses (real and expected), debt traps, inadequate social life and very high stress levels.

Experts say that depressions are curable if brought to their attention in time, but like many modern diseases, deep depressions go unnoticed until it is grave and too late.

The only thing permanent in this world is change and recession is not here, for ever. It’s showing signs of receding notwithstanding Obama’s Bangalore bash. A job loss is not end of the world. But then, there are compulsions of our current life style which challenges status quo and demands continuous upgrade, irrespective of affordability.

With easy and unrestricted finance, people have fallen into a vicious circle of debt. Further, in a society which lives on false and larger-than-life supremacy with baseless foundation, the social stigma of a job loss is difficult to handle. In the absence of comforting words of advice and practical counselling and alternatives, suicide would have presented as an easy and permanent solution to a temporary problem.

Peter Drucker, the renowned Management Guru, spoke often about ‘social responsibility’ of business. True, there are businesses which do return a lot to the society as part of this responsibility. However, termination of jobs and job insecurity should necessarily be combined with family counselling to avoid human disasters.

Firing people is also an art and has to be done with a human face and this aspect is more critical, than ever before. Depending on the size of the organisation communication of a job loss and counselling should be done by same or a different face of the organisation. Large organisations affected severely can set up a counselling forum too. The following could be a simple check list to follow.

There is also responsibility of Government and society, which cannot be abdicated.

Rather unfortunately, as a possible consequence of capitalism, trade unionism has lost it’s momentum in India long back. Our Governments, irrespective of their political affiliations should instead of basking their glory in the arms of capitalism should take up the moral and legal responsibility to ensure that employees should not lose jobs as a result of bias and ensure fair-play.

There should be easier methods to access provident and other funds, to manage the financial crisis. Several countries offer financial assistance to unemployed. In India, the white collar employees typically don’t represent a vote bank and hence, are ignored by Governments. The interest rates are being cut frequently, albeit to protect the public and private sector banks. But there are no visible benefits passed on to citizens.

Public and private sector banks should consider on merit and circumstances, deferred loan repayment terms to unemployed postgraduates and those affected by job losses. Doesn’t the Government liberally write off loans to farmers and waive interest payments?

The immediate social and family circle of the afflicted employee have an important role to play too. The social stigma of a job loss has to go and In fact, is more difficult to handle from the afflicted employee’s perspective. We need to offer practical help and help sustain courage, rather than lip sympathy.

Though all communities — Government, family and society have roles to play, it all begins with the organisation. The role of the immediate superior and the HR function is very critical. They need to be empowered by the organisation to deal with the situation tactfully, with a human face, counselling the afflicted employees continuously, and avoid catastrophic human losses and other disastrous consequences.

Let’s remember, that our civilisation is perpetual and strong enough to deal with this temporary recession.