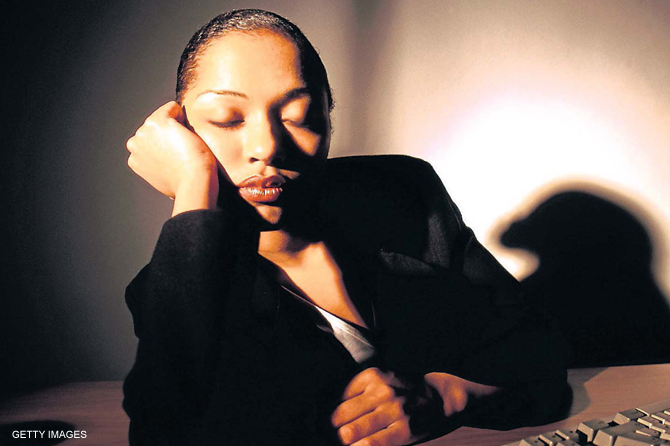 Organisational complacency is the most important factor hampering corporate performance. There is something more than strategies and plans that are required to keep an organisation going.

Indeed, most organisations fail not because of faulty strategies and plans but more because of lack of implementation. The biggest obstacle in implementation is inertia, as being intrinsic, it slows down the pace and extent of processes and changes, making the organisation vulnerable due to time overrun and cost escalation.

Organisational inertia is not alien, both conceptually and in it’s applicability. Each one of us is part of the inertia in organisations. Imagine how much time we take even for simple routine tasks such as signing a paper, taking routine decisions, and returning calls from to an aggrieved customer or walking up to a colleague, even in the next cabin.

Similarly, take a count of ‘time wasters’ unrelated to your work in your typical day. In 40 hours of a work week, one may be losing even two to three hours a day on gossip, extended lunches, personal telephone calls, emails, networking sites and chats. That’s a cool 25 per cent waste of our productive time, paid for by employers. In a moment of out-of-the-box thinking.

I even contemplated getting executive chairs removed and visualised the productivity increase with no one glued to their cabins and everyone moving around in the organisation, interacting with people, taking feedback and spot decisions.

I am somewhat disappointed to see these trends continuing to affect organisations even in today’s recessionary conditions, when even being employed should be a matter of satisfaction and a strong motivator to change and get productive. With employees unwilling to change, organisations resist all changes, and are struck by cancerous inertia.

Inertia comes from the Latin word, ‘iners’ meaning being idle or lazy. ‘Inertia’ is the natural tendency to stay at rest.

The first law of inertia

Therefore, inspired by Sir Isaac Newton’s law of motion, and looking at it from the perspective of organisations, we can formulate the first law of organisational inertia, as ‘every organisation struck by inertia tends to go backwards in a dynamic environment, in which it operates, unless it moves proactively to tackle its internal and external factors’.

The signs of inertia

When organisations are trapped by inertia, there is always some evidence of it. The following are signs of inertia if examined over a period of two or more years:

If these signs are evident, then a much closer examination is required to confirm if the organisation is indeed stuck by inertia.

The second law of inertia

Individuals in organisations are the best examples for inertia. Every individual suffers from varying degrees of inertia to stay in their current position (read comfort zone).

The individual’s productivity is at its lowest, being just adequate enough to maintain the job and avoid getting fired.

Organisational inertia is a state in which every individual in the organisation continues to work routinely in a state of rest or comfort, unless acted upon by an internal or external force.

Such organisations lack the synergy of team work and are close to extinction as the rate of change outside exceeds the changes within.

Therefore, we can state the second law as “Organisational inertia is generally greater than the sum total of inertia of all its employees”.

The following are certain factors which could be responsible for inertia.

However, the presence of any of these is not necessarily the cause of inertia. It only means that we should be guarded against the negatives of these factors:

Inertia is like a cancer growing and afflicting every function in an organisation to a level beyond redemption, and taking it to its logical end, which is its extinction. Like cancer, it needs early identification and treatment. Even if an organisation manages to survive extinction, the consequential damages could be heavy and often permanent.

In corporate history there are enough examples of companies and brands which ruled the markets once, sometimes even the brands synonymous with the industry, but are now relegated to near extinction or bare survival. Let me illustrate organisational inertia through some hypothetical examples:

“Hindustan Cosmo Ltd was a company operating in a competitive FMCG industry, with a top-of-the-mind brand recall. The demands of the industry were such that HCL had to keep on launching new products and variations to keep its second position in market share.

However, the company was tightly controlled financially, due to which funds were never made available for expansion and diversification.

Finance functioned with its own agenda, scuttling every marketing effort, though somewhat unintentionally. While marketing didn’t suffer from inertia and did have positive aggression, the finance department created negative energy by not providing the back-end support through efficient management of funds. The organisation had a net negative force or inertia and in due course, got close to extinction.

“Photo India Ltd was a leader in the photographic industry and was the market leader in the segment for time immemorial. A virtual monopoly ensured that the organisation was struck by inertia and the problem was compounded with the company lacking the vision to look and plan ahead. Even when the new technology was staring in its face and competition was entering the industry, the company was unmoved and lost out eventually, as the new digital technology was embraced by consumers.

“This was the time when television was a distant dream and radios were an important source of entertainment and news. There were several brands such as Magna, Powerhouse etc which never understood ‘what business they were in’. They thought they were in the business of radios whereas they were actually in the business of customer entertainment. These brands were the last to enter the television market, which by then had become fiercely competitive and were eventually decimated and are now part of history. There are live examples if we observe the past brands and their current status. Some of them are indeed barely surviving and have become the victims of cancerous organisational inertia. In corporate circles, a widely quoted example of inertia is that of an American auto major, which is making headlines for all the wrong reasons.

The third law of inertia

Another important factor is the size of an organisation and it’s relation to inertia. Imagine this through a metaphor—An elephant at rest has greater inertia as compared to a mouse in motion.

Therefore, we can state the third law as, ‘Organisational inertia and the efforts to overcome, is directly proportional to the size of the organisation”.

True, there are exceptions to these laws of organisational inertia. There are large and dynamic organisations who overcome the problem of inertia successfully. Overcoming inertia isn’t easy and very challenging, for the person initiating the process. Here are some guidelines.

We are discussing overcoming organisational inertia and hence it is mandatory to have a timeline for implementation.

There is a compelling need in business sometimes to stick to the basics and the simple things. But the simple things aren’t actually simple; they are difficult. There are no perfect businesses and success stories are rarely a straight line up. An organisation is perpetual, and so are the challenges.