10 tips for successful team building in a firm 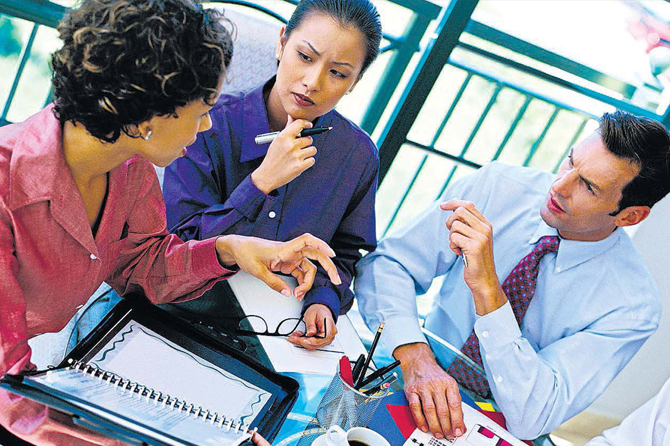 Success Mantra – Life in the corporate world is nothing different; when all work together, the outcome will always be sweet. Recently, we all were witness to the football world cup, which set aside old glories, bringing new ones. At the root of the final success, was well coordinated team work as no single individual can win a match. Vince Lombardi, football coach for the NFL emphasised the importance of the mindset of team members, when he said, “Teams do not go physically flat, they go mentally stale”. He also said, “Build for your team a feeling of oneness, of dependence on one another and of strength to be derived by unity”.

A few years back, I was watching an opera show in Cairo, brilliantly orchestrated with a massive team of musicians working in perfect harmony and producing highest quality of music. Franco Zeffirelli, the famous opera designer and director, reiterated the same point, by saying “I have always believed that opera is a planet where the muses, work together, join hands and celebrate all the art”.

Life in a corporate is nothing different. When we all work together, the outcome is a sweet success. In the last twenty five years, one aspect of corporate life has always puzzled me. We all aim to fight competition and please customers, but any seasoned professional will admit that fighting internal battles takes most of the time.

Traditional rivalries between marketing and finance are common, but internal fights between other functions including the board room, are not uncommon either. In any evaluation of organisational failures, internal factors come out more prominently, than the external factors. However, at the root of all successful organisations, is team work.

We define a ‘team’ as ‘together each achieves more’ and this defines not only the concept of teamwork, but its importance too. Today, team as a concept extends beyond sales and marketing encompassing all other functions within an organisation like manufacturing, finance, human resources, corporate etc.

The management theory and practices has undergone qualitative changes in the last few decades. Globalisation, increased competition, reforms in telecom and communication has completely changed the business dynamics. The traditional concepts such as theory X, with autocratic management style have disappeared long back into the pages of history and are replaced with a democratic management style.

Employees’ participation in management is happening; communication is more even in both directions and business interest and employee interest aren’t mutually exclusive. Years back, I never heard of dinner outings of teams such as audit but these days, they seem to be outing more often than even sales.

This means, even audit teams have outgrown their traditional mindset and started working on team building concepts. This is true of every management function. Further, even fields such as education have acquired a business dimension and hence concepts of management including ‘team building’ have universal application.

This emphasises the increased importance of ‘human element’ as a key resource as against material, money and machines and this applies not just to people oriented industries such as software, BPO, telecom and service industries, but in all others as well. Even in high-tech industries the number of employees might be down due to increased automation, but the importance of human element with advanced skills, has only increased.

Adaptability to new roles and responsibilities and need for multitasking has meant, new demands on employees in terms of attitudes, skills and knowledge.  Training has acquired predominance in every organisation and training the trainer as a concept is the new focus.  With the increased importance of the human element, ‘team building’ has acquired a new dimension extending into every sphere of management.

A typical team building process for implementing across functions and industries will have the following pattern. A common objective: We cannot build a team without a common objective or goal, which acts a binding agent. These days, it’s common to have vision and mission statements which may sound complicated and hence need restating to ensure clarity.

Team building is an indispensable process in building organizations and the responsibility for it rests with executive leadership. A successful organization is a group of various teams working in perfect harmony and synergy. Stephen Covey, the leading and well known author says, “Synergy is the highest activity of life; it creates new untapped alternatives; it values and exploits the mental, emotional, and psychological differences between people”.

Synergy is one of the major outcomes of ‘team work’ and a synergetic organization has a strong and positive connotation in the minds of all stake holders such as customers, suppliers, shareholders and employees.