Stop complaining and do sincere work! 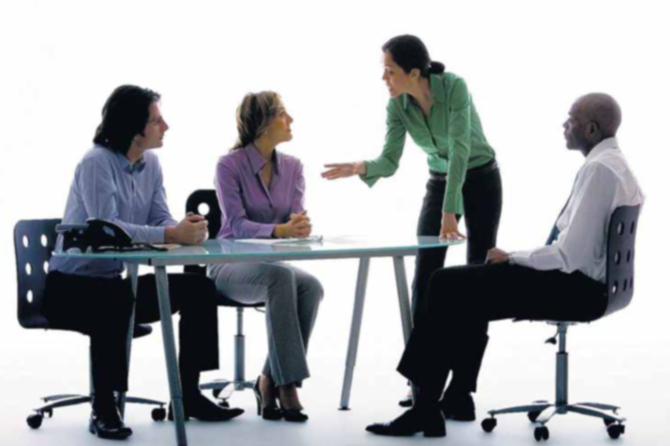 Though he is right in the case of many employees in junior and middle level, this story isn’t about the ‘living dead’. This is about those people who bring a whiff of fresh air in the corporate world, honestly working to enable their organisations, scale new heights.

I have led several outstanding people (names changed), who became role models for others. Consider these examples of people who made a big difference to the organisations.

Jagadish was an Accounts Assistant whose job was to handle routine matters. In appreciation of his zeal and inter-personal skills, we gave him additional responsibilities, utilising his skills beyond the finance department. He became the troubleshooter irrespective of where the problem originated and became highly indispensable.

Albert worked as a Systems Assistant, responsible for database management. He continuously updated himself with developments in IT, acquiring new skills that were crucial for his department. Eventually, he became part of organisation’s technological progress and rose to head the IT department.

Clara started working as a secretary but her initiative and commitment to the cause of the organisation spread beyond her secretarial role. Over a period, she began handling such diverse tasks as counseling and motivating employees to coordinating international alliances. She soon represented the soul and spirit of the organisation.

Rajan’s case was even more amazing. He was one of the drivers in the company, but his loyalty to the organisation and dedication for its growth was truly exemplary.

I was a witness to these employees working beyond their roles and becoming highly valued.

If you are looking at career growth, what are those value systems and work cultures, which can transcend beyond your role and elevate you up the hierarchy?

The career growth of people like Jagadish, Albert, Margaret and Rajan are an outcome of developing a sense of belongingness, which stimulated them to think of organisational interest beyond everything else. In this regard, consider the following aspects:

We often come across employees complaining about stifling work environment and stunted growth opportunities. Unfortunately, for some, complaining is a way of life.

They keep reminding how bad and painful life is, like continuing bad traffic, rising workload or extra hours at work, not realising their own contribution to these problems.

For instance, with our cars and bikes, we contribute as much as anyone else does to traffic woes. Similarly, heavy workload is often an outcome of our own inefficiency in time management.

As an employee, instead of complaining, raise issues objectively with suggestions to resolve. This will place you in a different league, from negative and complaining employees.

Owing to circumstances and pressures from superiors, managements may promote high performing staff with the belief that they can grow on the job. Sadly, I have seen these experiments failing generally due to poor people management skills, raising new problems of handling incompetency at higher levels.

Employees tend to think of growth as a matter of their right, every few years. Employees’ understanding of parameters for growth tends to be different from the managements, leading to conflicts.

A normal employee thinks satisfactory performance and a few successive increments are all that’s required to climb the growth ladder; nothing can be further from truth.

Skills required to perform after promotion can be at a higher level or very different skills and are an important factor. Therefore, if you aspire for growth, don’t just assume you are eligible; understand and develop skillsets crucial for the new position. Attitude is the most important attribute, to consider employees for promotions.

Honesty, integrity, self-motivation, enthusiasm, optimism are key attributes of attitude. Sadly, employees fail to understand these parameters, making it very difficult to explain the appraisal decisions to them.

For employees who work beyond their job profile, growth can come in new areas, where they demonstrate skills.

Organisations are keen to utilise employees with initiative and skills, in any functional area irrespective of their role definitions to recognise talent and promote multi-tasking. For employees, this enriches job content, providing a new impetus for career growth.

Organisations also have employees who, by their initiative and involvement, become very special. Such employees have a strong sense of belonging, which drives them to selflessly support managements to face challenges and crisis. They ensure efficiency in their assigned job profile and involvement in other organisational issues doesn’t hamper their own work.

Organisations prefer to have such positive employees forever. In other words, they become ‘highly valued’ employees and organisations often go overboard, retaining them with growth, perquisites and benefits.

Give more and get more

In other words, would you just work like a normal employee? Alternatively, are you willing to work beyond your role? This determines whether you become a highly valued partner in progress. For employees who keep complaining about lack of growth, this can be a revelation about promotional decisions.

Typically, employees have an attitude that they are working for someone else instead of themselves. They fail to realise that a sense of belonging and belief in the organisation is fundamental to their own progress. People fail because they refuse to put into practice, what they know matters.

Benefits to the firm

Structured management systems and professionalism is essential to meet the challenges of globalisation to remain competitive. However, businesses shouldn’t become so highly structured as to stifle creative thinking.

Organisations must strike a balance between dangers of micro-specialisation and the benefits of multi-tasking. Business leaders should identify people who can assume out-of-the-box roles, becoming catalysts of change. Managements should move to ‘unstructure’ albeit slightly, creating an open environment and collaborative thinking.

Let’s allow a whiff of fresh air and breeze, blow in the hot and humid, straightjacketed organisational environments. This will stimulate creative thinking and unshackle the power of ideas, to enable businesses utilise the internal talents and meet the challenges of tomorrow. (Names of the subjects have been changed in the article)