Balance task and people in search of excellence 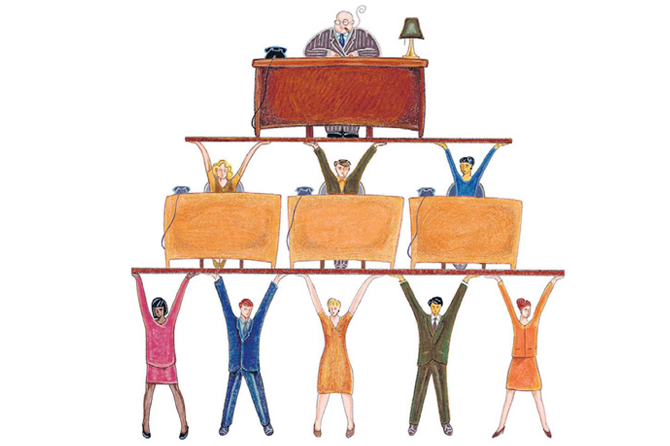 With the globalisation, there are new challenges of different dimensions, making the role of managers more complex

Management theory and practice has undergone qualitative changes in the last few decades. With globalisation, there are new challenges of different dimensions, making the role of managers more complex.

Compared to the era of active trade unionism prior to liberalisation, managing people (employees) in today’s passive trade unionism, is tougher. This is not just due to increased opportunities, but also complexities of human behavior in modern world, accentuated by internal and external stress factors.

Globalisation has led to significant changes in the economy.

Task orientation as a style of management has been going through a metamorphosis. Managers are under constant stress to deliver results despite high attrition rates and vacancies.

Recognising that ‘people orientation’ is a necessity rather than of choice, CEOs have been advocating managers to adapt to this changing development.

However, middle level managers across industries such as IT, FMCG, banking and financial services, highlight practical issues and illustrate live examples of people, ready to resign, with slightest provocation.

“We have an attrition rate of 15 per cent. Further, new recruits are not productive in the first year and hence, invariably I have to accompany them for most meetings,” says Anand Kumar, who works in the Financial Services Industry. “One of our employees did a silly mistake due to which we lost an important customer. I took it up strongly with the employee and next morning, he resigned. Management felt, I should have handled the issue tactfully,” says Ronald D’souza, a banking professional.

“Attrition rate in our organisation is around 18 per cent. Even though we have massive recruitments, there is a lack of dedication and commitment amongst new employees. Therefore, it becomes difficult to meet the project deadlines,” says Vijay Kumar, an IT professional.

“Often I have to do the job of my juniors. With the result, my job profile in practice is much different from what is defined,” says Stephen Fernandez, who is with the FMCG industry.

In such a scenario, some managers lose their natural aggression and task orientation, leading to a defensive approach.

Other managers might carry on, with task orientation, and face practical issues, as highlighted earlier. Unfortunately, in both cases there is loss of productivity.

Other resources remaining same, the basic factor driving productivity is human effort. In general, people orientation has a soothing, positive effect on motivation, whereas mere task orientation can have negative connotation. Therefore, achieving productivity is indeed challenging for managers, irrespective of their functional responsibility.

Therefore, in their quest for productivity, how should managers meet these challenges? The answer is to recognise that task and people orientation are not exclusive, but need balancing.

One effective way to balance task and people is through team building, to achieve corporate goals. The outcome of team building is a successful pursuit of common goals. Balancing people and task, is therefore a necessity in today’s business environment. So, how should one go about this delicate act of balancing task and people?

Here is a guideline:

Be conscious that mere people orientation may make you popular in the short term, but not successful.

To summarise, balancing people and task orientation is to recognize that people are generally self motivated and capable of achieving excellence, under effective leadership.
Even if you do not work in a structured team environment, you can still apply these principles, with minor modification.

The role of the leader is, as Sony Corporation CEO Akio Morita, says: “We try to create conditions where persons could come together in a spirit of teamwork, and exercise to their heart’s desire their capacity”.

Individuals play the game; but teams win championships. Therefore, at the root of all successful organizations, is team work.